Top 7 things I learned losing my iPhone, chasing it down and reclaiming it

I was walking to a friend’s house with Brady this week when it started to rain. As I began to run, my phone must have slipped out of my jacket pocket. You’d think I would have heard it– it’s in a heavy Mophie battery case– but I didn’t even realize it was gone until an hour later when I left my friend’s house.

I retraced my steps on the two-block walk twice, scanning the piles of leaves for sign of my phone, as the panic began to set in. Losing your phone is such a pain in the ass.

I remembered that two leaf-blowers were at my neighbor’s house as I passed by and thought if I dropped it near her house, maybe that’s why I didn’t hear it fall. The blaring sound of leaf-blowing rivals a plane landing.

As a concoction of angst and anger began to boil in my stomach, I went to my computer and tried to get on the “Find my iPhone” app through the iCloud. It proved challenging.

The rest of the story was like an episode of  Thelma and Louise meets Hart to Hart: two broads taking justice into their own hands and attempting to solve a mystery with no detective experience.

I got my phone back and I learned a few things along the way.

—Put your Apple ID info somewhere other than your phone. Duh! Seems obvious yet I couldn’t find it anywhere so I had to reset my password and wound up on the phone with Apple support for 40 minutes straightening out my ID and iCloud information. 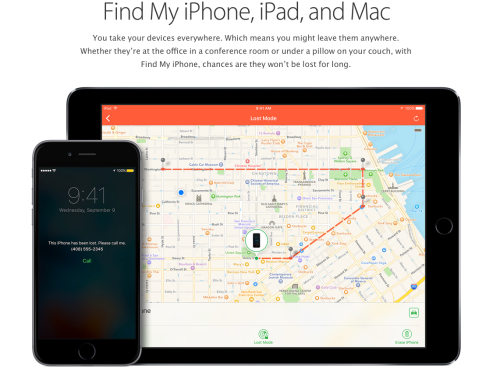 — Make sure  your “find my iPhone” feature is on at all times. Luckily I had just checked to make sure it was on so I was able to use the locator and find out where my phone was in real time. When I first logged in, it was at least 12 blocks from where I lost it. Someone had taken it. I wanted to believe that someone intended to return it. The support guy helped me put an alarm sound on the phone and message on the screen that said “This iPhone is lost. Please call this number and I will come pick it up. Thank you!” Then I waited.

An hour went by. Nada.

—Have a good friend who has your back and is willing to face possible danger. My pal, MaryEllen (you may remember her from adventures in London) sprang into service as soon as she found out my phone was missing. “I’m coming to pick you up and we’re going to find that phone!” she exclaimed fearlessly. Within minutes she raced into my driveway in her shiny silver minivan, with her adorable Cavachon puppy, Rocket,  in the back seat, ready for action. (Rocket is Freeway from Hart to Hart in this scenario.)

She might as well have been wearing a cape.

I’d been tracking the phone on the locator and it had moved three times in 90 minutes, all through our neighboring town. My guess was that the leaf blowers across the street either scooped it up in a bunch of leaves and didn’t know they had it…. or one of them picked it up. Why else would it keep moving locations every 30 minutes?

—Police don’t go after lost cell phones. Apple told me to call the police and report the phone as stolen. When I did, the lady on the phone impatiently dismissed me, saying “they don’t go after stolen cell phones.” I explained I could see where it was but she didn’t seem to care. She said I could come into the station and file a report and a detective would get to it when he got to it. Didn’t sound like it would be anytime before Christmas.

— Police don’t care if you do! When I kindly suggested that I couldn’t wait that long because my moving cell phone might be out of the county in an hour, the aloof police lady seemed too be rushing me off the phone. “So you’re telling me I have to go after my phone myself?” I said in disbelief. That seemed like asking for trouble.

But there was no way I was going to let that phone just wander away, never to be seen again. 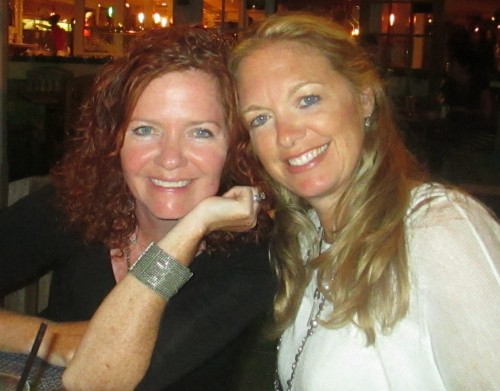 So ME and I drove towards the address where the phone was last spotted (having someone at home watching the locator would have been ideal but no one was around to help,) not knowing what we would say or do when we got there.

We rode into Newstead in that Honda Odyssey with fire in our bellies and hair flapping in the wind, ready to take back what was mine.

Sure enough there was a leaf blower truck right in front of the house and a guy packing up. I asked him politely if he had found an iPhone and he instantly said yes, his co-worker had found one earlier. He claimed it was locked so he couldn’t call me (true if neither of them had their own phone) and we chose to believe he had good intentions. Although I’m not sure what his plan was with the phone after his shift was over.

He handed the phone over easily and we rejoiced. 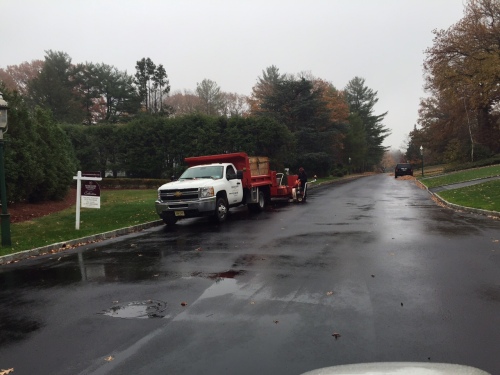 We spotted the truck!

—Put a sticker on your phone case with name/address and or phone number so there’s no excuse not to return it.  For years, I’ve always taken those printed address stickers you get free in the mail from charities and put them on the back of my phone and camera, in case they get lost. But since I got my Mophie case, I haven’t put a sticker on. Maybe if the leaf blower had seen the sticker and realized the address was RIGHT ACROSS THE STREET, he might have returned my phone right away. One woman on Facebook said her screensaver has a photo of her kids holding a sign that says “If this phone is lost, please call this number” so even if it’s locked an honest soul could get it back to her.

—Back up, back up, back up! In those two hours without my phone I saw my life flash before my eyes: blog post and story ideas, contacts. calendar, photos! If I hadn’t been regularly backing up, I would have been crushed.

Yes, yes, I see the irony — flashing in neon lights– that just a few days ago, I blogged about trying not to be so attached to my phone and just be in the moment.

But completely without it? Out of the question!!

Have a funny story about losing your phone? Tell me about it in the comments!

4 responses to “Top 7 things I learned losing my iPhone, chasing it down and reclaiming it”