I’m a sucker for tradition and one of my favorite parts of living where we do is being able to stumble into Manhattan and see the magic that happens every holiday season. There’s an energy and a classic holiday feeling that gets me every time.

Eli poses before seeing the Spectacular

You may know I love the department store windows and gaping at the Rockefeller Tree, despite the maddening crowds and the risk I’ll be mistaken for a cheesy tourist.

This year, I upped the holiday spirit by scoring tickets to the Christmas Spectacular at Radio City. Of course, Wilson, Jacob and Aden wanted no part in seeing the show, and had less enthusiasm for seeing the tree and windows.

First holiday gift of the season? Shake shack has opened in Penn Station.

But then there’s Eli.

Not only did he insist on getting a green and red mani Friday, he persuaded me to buy and fill Christmas stockings to open on Sunday.

So my little guy and I hopped the train to NYC and drank in the spectacle that is the Christmas Spectacular.

If I had a Christmas itch, this show scratched it.

From there we walked past the tree on our way to Fifth Avenue– with sidewalks packed with slow moving people. 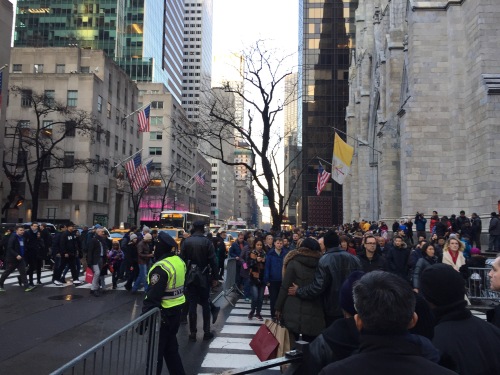 We checked out the Nutcracker themed dream sequence in the Saks windows….

And the twinkling lights at Tiffany’s.

Eli wanted to see Trump Tower after hearing about it in the news.  You can’t get close anymore– there are cops everywhere within a two block radius and you have to convince them you’re going to a store on the block to get through the lines of big guns protecting the street.

We headed to Bergdorf Goodman, which usually blows me away with detail and creativity.

Each window had a different theme. Check out the textures and styling of this symphony in green.

But my prize goes to Barneys, which had three wacky avant-garde windows that made you stop and look, and think. 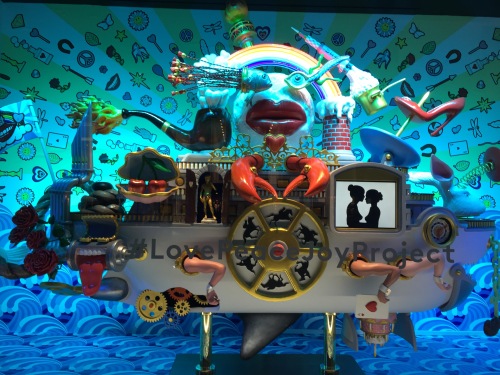 The most accessible one was a recreation of the cast of animated characters of “South Park,” making fun of gift giving and the retail business with funny, pointed dialog on an audio loop.

We met up withe the rest of the Scrooges in my family and drove to my brother-in-law, Jon’s East side apartment. My 7-month-old nephew Cooper may be the cutest baby on the planet. 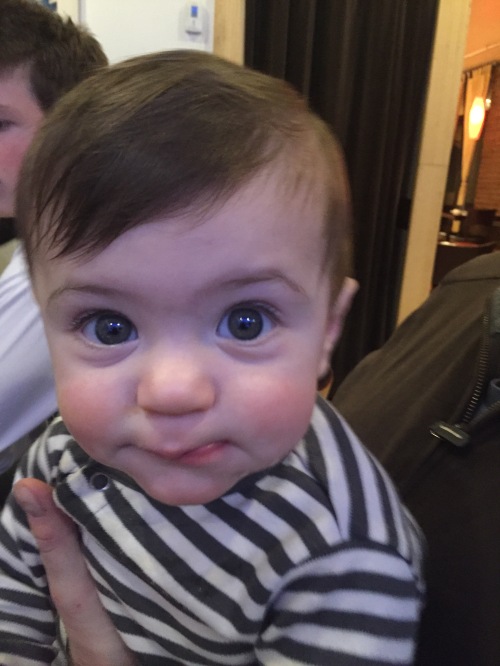 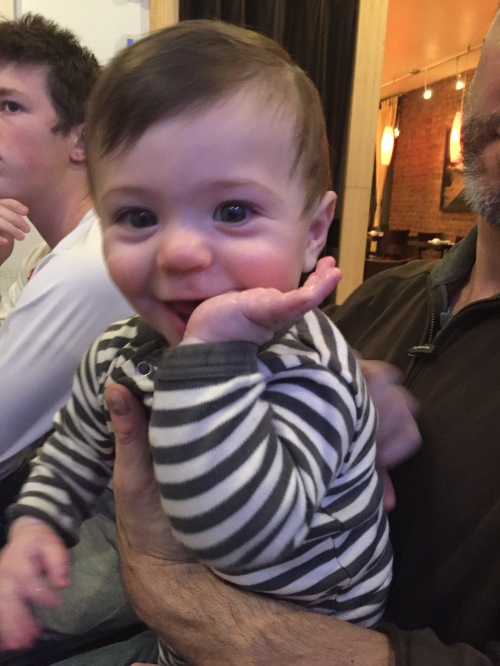 Like good Jews, we lit the Hanukkah candles and headed out for sushi and frozen yogurt. 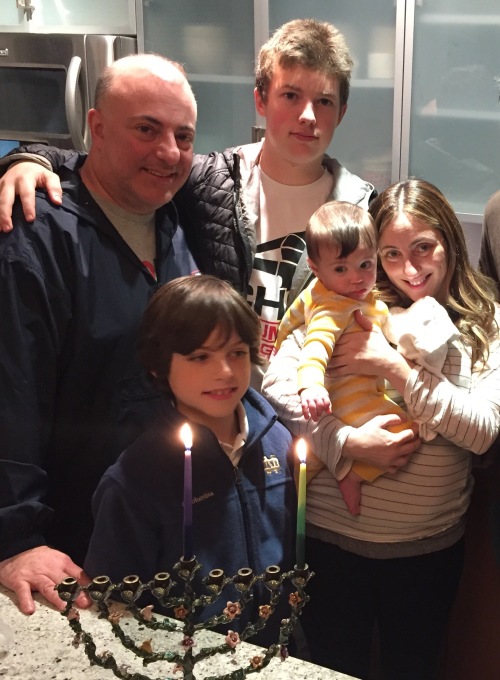 Sunday we took the train to MSG to see the Knicks game. Each kid got to bring a friend (Jon scored us the tickets.) Good game with an exciting ending but Santa gave the Celtics the win. 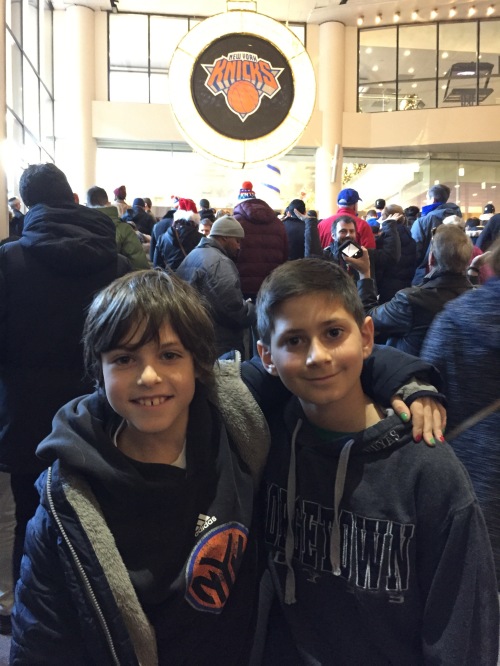 And then headed over to our friends’ house down the street for an annual post-Christmas dinner drink by the cozy fire. Thanks Knutsens! 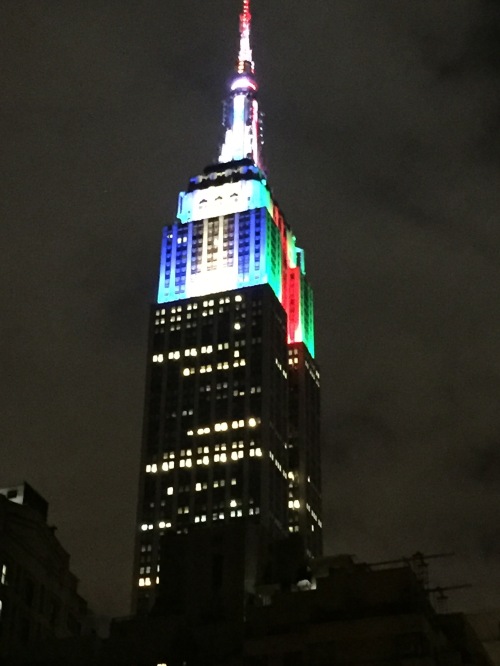 Hope yours was merry and bright too. Happy holidays to all….and to all a good night!

This entry was posted in Uncategorized. Bookmark the permalink.

4 responses to “Holiday weekend in NY”