My brother is engaged, and other completely unbelievable changes

That’s the collective response to the news that my younger brother– who is 44 and has never been married– got engaged last weekend.

Adam is a late bloomer. It took him at least three tries to find a career he liked. He was in advertising in Chicago for a few years after graduating from Wisconsin. Then moved to LA with dreams of taking Hollywood by storm. He got a job working in the mailroom at a major talent agency and worked his way up to assistant, before realizing he really didn’t have the temperament to be Ari Gold.

Then he got a series of assistant jobs with some heavy hitter producers, but rolling calls and reading scripts until 2am was not his cup of green tea. Then he took a job at a hotel and discovered hospitality was his calling.. After working at several hotels, he’s now the concierge at a boutique hotel in Beverly Hills and loves accommodating guests and helping them find restaurants and entertainment in the city. 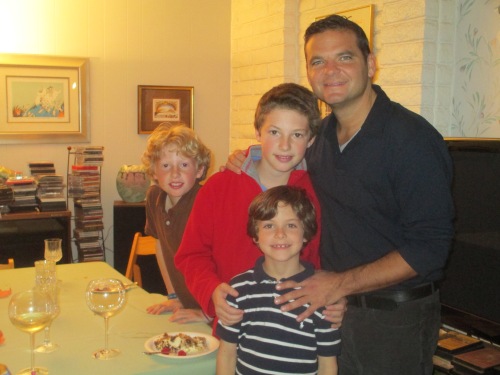 My boys have only known Uncle Adam as a single dude.

All that time he was dating lots of women. To his credit, he was open to meeting people. He was set up, met girls in bars and at concerts, and filled out many online dating profiles.

He said he was ready for love all those years, but I’m not so sure.  He only dated a few ladies more than 2 or 3 times.

He really liked his alone time.

His other passion is music. He was a serious Deadhead and saw more than 100 shows while Jerry was alive. To be clear, he was no tie dye-wearing poser– he loved the music. He still records a radio show every Sunday night of live shows and keeps the tapes in a shrine in his closet. He moved on from the Dead to Phish and has been flying to cities all over the country to see live shows for the last 20 years.

He has a crew he goes to concerts with but he’s so into the music, he’ll even go by himself. In the past when he was dating a girl, he would never bring her to a show because she might be a buzz kill.

So I knew something was up when the girl he was dating this year went with him to a concert. And then another.

Adam, Heather and pals at a concert this summer.

This is a guy who calls me once every three months when he needs something (he  prefers to bond over text.) But now he was calling me weekly to discuss the evolution of his new relationship.

I knew something about this Heather was different.

I met her last year over lunch when we were visiting LA and she seemed lovely. Attentive, easygoing, and really good with Eli who was the only kid at the table. I liked her right away, but remained skeptical.

Then he started saying stuff like “I’m my best self with her” and “She’s such a good person, she makes me a better person.”

My mother and I were rather speechless. When you’ve been living alone into your 40’s, you tend to be rather me-centric. All this talk about caring for another person, sharing interests, and spending lots of time together was new and refreshing!

By the summer, they were spending all their time together and he was already sure he wanted to marry her. We were excited, but cautiously optimistic.

Not only did that guy propose last weekend, he did it in style. He made up a story about going to a friend’s house in Malibu but secretly had a friend set up a picnic on the beach. He lied his way to the sand and just as she was feeling confused about what was happening, he pulled out a ring and popped the question. 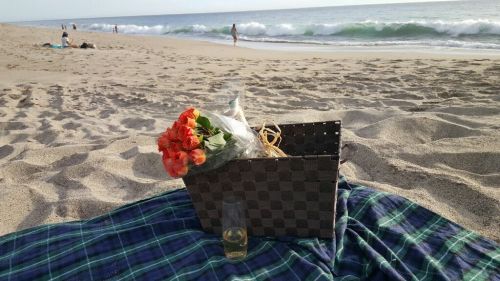 The ring is the one my father gave my mother in 1966 when they got engaged in Boston. Heather loved the design and the sentiment.

After their private moment, Adam had arranged for all their friends and her family to be at a party to celebrate.

You may remember that Wilson’s brother– after perfecting his role as Manhattan committed bachelor for years–  also delighted us by falling in love and marrying last year.

We were all beginning to think Uncle Jonny and Uncle Adam were going to be single forever. But within 18 months, they both found their lobster and are looking forward to sharing their lives with someone.

Stupefied friends and family weighed in after Adam’s  big news spread. One text read “Check the temperature. Hell has frozen over!”

Kids, the moral of the story is, keep believing in love! It’s powerful stuff, and you never know when it’s gonna come along and knock you out.

Congrats to the happy couple! We can’t wait to celebrate with you.

This entry was posted in I'm a Sap, Modern Life. Bookmark the permalink.

9 responses to “My brother is engaged, and other completely unbelievable changes”