Remembering 9/11: where I was that day

I knew today was September 11th but I got the kids up and off to school like it was any other day. When I returned from the bus stop, the TV was on and the victims’ relatives were reading the names of those they lost on that horrific day 11 years ago.

I was weeping within minutes. Even for the tenth time, hearing the names breaks my heart and brings me right back to that Manhattan day. It was a gorgeous, crisp autumn morning and the sky was remarkably clear and blue, before it exploded into fire and smoke and misery.

No one will ever forget where they were that day when the world was forever changed.

I was living in Manhattan, working at Fox News, and Jacob was a year old. I was so grateful that Wilson was working uptown. He had walked down many stairs from his office to escape the chaos after the first bombing of the World Trade Center in 1993.

In 2001, his office shut down and he eventually walked home with the throngs of confused, frightened people crowding the streets. I didn’t see him much that week and when I finally got home, I was obsessed with watching the news coverage, trying (in vain) to make sense of what happened…trying to feel the pain I had forced myself to numb while at work. 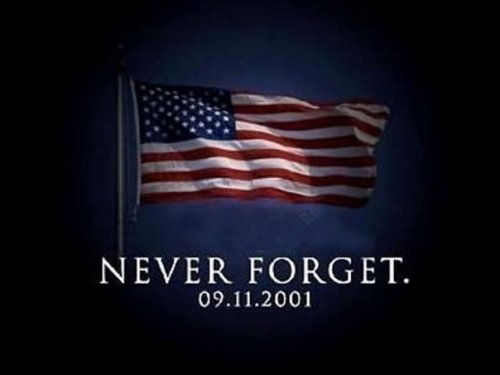 After the towers fell, I basically lived at my desk for a week as we tried to tell the most shocking, tragic, and intense story of our lives.

One memory seared in my mind is when we lost contact with our reporter– Rick Leventhal– and his cameraman and sat truck operator after the first tower collapsed. In standard operating procedure, we had sent them downtown to cover the story as soon as the planes hit the towers.

But when the tower collapsed, all we saw was a huge plume of brown smoke envelop Rick as he was getting ready to report live. We could hear screaming and then the cameraman dropped the camera on the ground but eerily left it recording on the live feed to the newsroom (not on air.)

We stared in horror as we saw the sidewalk view of a street filled with smoke and ash, and then the feed went to black and we lost contact with the crew.

I don’t remember how long it was before we heard from the crew, and there was a lot of silent guilt for sending them into unspeakable danger and uncertainty.  After what seemed like agonizing hours, we found out they were safe after hunkering down in a nearby building.

It was the most relief I remember feeling covering any news story.

When I was able to get out of the office to catch a few hours of sleep, I could smell the ash and smoke in the air and saw the glazed, damaged looks of my fellow New Yorkers.

I remember seeing the “missing” flyers posted all over the city, and making trips to CVS to get contact lens solution, wipes, rubber gloves to bring to our local fire house to feel like we were doing something to help.

There are so many stories about the thousands of people touched by the attack. For the 10th anniversary, I wrote a series of articles for AOL’s Patch.com. I interviewed a New Jersey man who lost his brother-in-law and was so moved by the experience that when he retired a few years later, he started a fund to support people in crisis in his local community and support cultural events that bring people together.

T.J. was a child actor who had a regular part on “Guiding Light” in the early 80’s. Kevin Bacon took over the role after he left. He was also in several TV movies and ads.

You can read about TJ Hargrave– who was at his office at Cantor Fitzgerald when he died– and his brother-in-law’s inspiring story here. One of TJ’s daughters read his name this morning at the World Trade Center Memorial. I’m sure he would be so proud of her courage.

I also had the opportunity to interview several South Orange, New Jersey firefighters last year — some of whom filled in at a Brooklyn fire house in the days following the attack. They tell a compelling tale with some chilling details about their experience in New York and what it’s like for them and their families to face risk every day. That story is here.

I always feel helpless when watching the families of 9/11 victims grieving. But reading these stories is a way to keep the memories of those we lost– and those who risked their lives to help– alive.

One thing we can do is never forget.

This entry was posted in I'm a Sap, In the News and tagged 9/11 where were you, I lived in NYC on 9/11, remembering 9/11 blog, September 11th personal stories, South Orange New Jersey fire department marks 9/11, TJ Hargrave actor profile, where were you on September 11th. Bookmark the permalink.