Emmy nominations: Did they get it right?

Emmy nominations were announced this morning so you’ve probably been waiting all day to hear my take on who’s been named among the best in TV.  Many of my favorites were recognized, but– as always– there were some snubs that had TV critics and fans clucking on social media all day.

A complete list of the nominations can be found here so you can follow along as the drama unfolds.

There were some interesting headlines:

–Netflix received 14 nominations, including best drama for House of Cards, Kevin Spacey for best lead actor, and Robin Wright for best lead actress for the show.  Jason Bateman also got a nod for his turn in the new season of Arrested Development.  Pretty impressive for a non network that just started putting out content.

–HBO did well with 108 nominations for its shows and original movies. The acclaimed Behind the Candelabra, starring Michael Douglas as Liberace and Matt Damon as his young lover, received many nods including best mini series or movie, which puts it up against the widely watched mini-series The Bible on the History Channel. Certainly very different audiences.

—Saturday Night Live got 15 nominations– including the amazing Kristin Wiig for all her crazy characters– which broke the record for most nominations ever (171!) over the course of its 38-year run. (Fun fact: next highest nominated shows of all time are ER and Cheers. Remember when  NBC ruled the world?)

— Just as last year, the major networks got nada in the best drama category, losing out to cable channels and Netflix, proving how much the model of successful TV has changed.

As for individual players, there were few pleasant surprises but you can’t make everyone happy.

Fans of The Good Wife were disappointed that Julianna Margulies got left off the best actress list, but if you watch Scandal, you’ll probably be cheering for it-girl Kerry Washington. 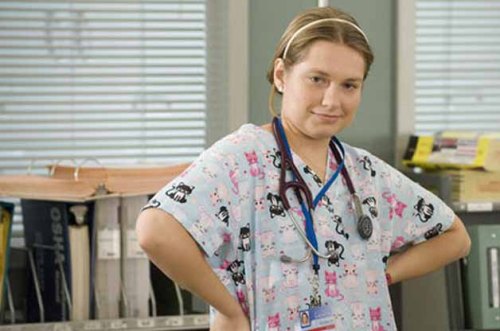 Once again, I’m pulling for Merritt Wever for best supporting actress in Nurse Jackie. No one makes me laugh or rewind more. She owns that character and makes that show. She’s a dark horse because few watch it and she’s up against the gorgeous and talented Modern Family ladies and Gleek favorite Jane Lynch, but I’m dreaming big for Merritt.

Although many gave up on The Office in its last season, the series finale was one of the best I’ve ever seen. Clever, funny and just the right amount of sap to finish off one of the best comedies of all time. I was glad to see the excellent writing got recognized with an Emmy nod for the finale.

Girls got a bunch of nods but I was delighted that Adam Driver snagged a nominaton for playing Hannah’s boyfriend, with just the right amount of crazy to be scary and believable.

Snubs that make me want to smash my plasma screen with a remote:

Monica Potter not recognized for her amazing season as the cancer-stricken mom who can do it all on Parenthood? Those hospital scenes had Emmy written all over them. She’s one of the reasons that show is appointment crying! Really Academy?! Despicable. 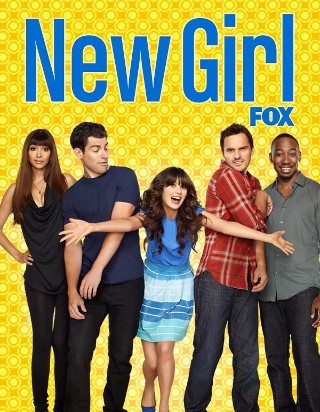 And let’s not even talk about forgetting Max Greenfield, Jake Johnson and Zooey Deschanel for New Girl. It’s every bit as funny– and arguably more hip– than Modern Family, yet no love in the best comedy category either. It aint right!!

Instead, up for best comedy are these shows:

I’m curious about Veep and Louie. Tried them each once and wasn’t bowled over but maybe worth another look. I vote for Girls because Modern Family has won several times already and nobody likes an Emmy hog.

I’m at a disadvantage in the Best Drama category because I don’t watch all the shows:

Wilson and I have been plowing through seasons 1 and 2 of Downton Abbey and as soon as we’re done, we’re moving on to Breaking Bad. But as much as I adore a Granny Violet zinger on Downton, and the creative terror plot intrigue of Homeland, there just can’t be any show as consistently good as Mad Men.  The writing is as tight as Joan’s dresses, the characters as rich as Roger Sterling. Everything from the music and opening credits to the art direction and costumes is perfection. I’m not saying I always understand it, but I’m riveted, transported in time, and sorry when it’s over. Every single episode.

Who’s a shoe-in? Maggie Smith as the Dowager Countess of Grantham on Downton Abbey.

Everyone else will just have to wait until September 22nd, when the Emmy winners will be announced on CBS.

Tell me who you were surprised to see nominated or snubbed in the comments….