My kids (ages 13, 9, and 7)  watch music videos on YouTube.  To them, MTV is a channel for reality shows like “Teen Mom” and “Jersey Shore,” which thankfully don’t interest them, yet.

But back in the day I remember watching the “Thriller” and “Billy Jean” videos over and over again after school. Before DVR’s you just had to wait for your favorite song to play again so we would watch for hours. I coveted Madonna videos and often tried to memorize her outfits so I could run to Fiorucci and Limited Express in the mall to copy her clothes. 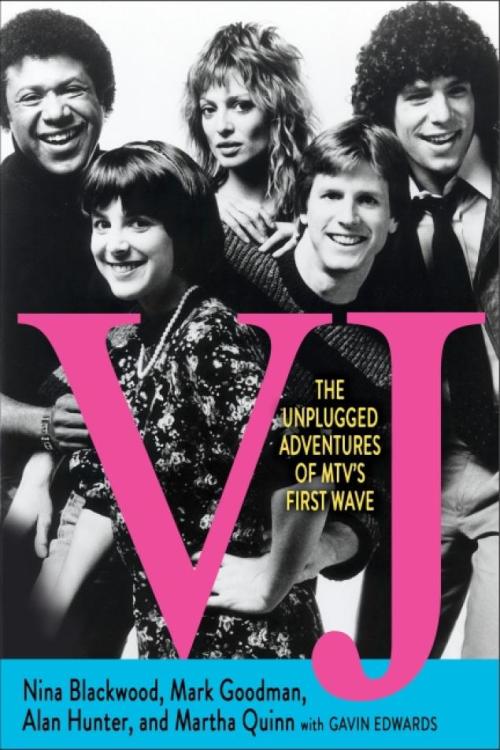 The book is a series of interviews with the four original VJs, dishing about the start of MTV, and all the sex, drugs, and rock n roll you expected behind-the scenes. It’s easy to read and fellow pop culture addicts will love the inside scoop on everyone from Paul McCartney to Cyndi Lauper.

There are plenty of crazy stories. The first chapter has David Lee Roth offering a groupie to give Mark Goodman a “happy ending” when Goodman’s marriage was on the rocks.  You find out which VJ’s could do their job wired on coke, and which had crushes on celebrities and colleagues.

And did you know they were never actually watching the videos they introduced? All their VJ segments were recorded separately.

Other surprises include the fight over putting Michael Jackson on the air (management thought he was too urban) and the lamest launch party ever. Imagine the over-the-top launch party for a new network today (open bar, hundreds of guests, celebrities, flat screens galore.)  Now picture a small party of cast, crew and management huddled around a small television set in the basement of a restaurant in Fort Lee, New Jersey— the only place they could see the channel because MTV wasn’t on cable yet in New York!

The book begins in 1981 and captures an interesting time in TV, music, media and American culture. It may also make you nostalgic for shoulder pads.

Check out my review in the Huffington Post here.

My favorite 80’s outfit was a V-neck cotton Firenza sweater worn backwards (what were we thinking?!)…my favorite Sasson baggie jeans…rhinestone earrings and necklaces and dozens of black rubber bracelets…and black ankle boots with leather straps all over.

Can you remember yours? Tell me in the comments.