Oscars 2015: the posh and political

It was a night of platform heels and platform speeches at the Oscars.

Hollywood insider film “Birdman” swept the 87th Academy Awards (winning best picture, director, and original screenplay)  and many of the night’s winners used their acceptance speech time to stump for causes close to their hearts. Here’s the lowdown on a very long night…. 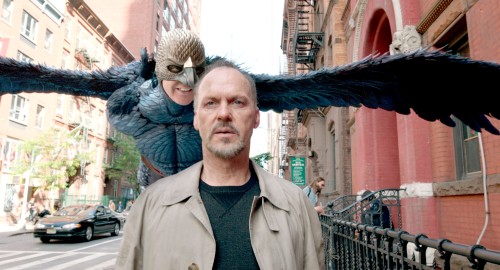 First-time host Neil Patrick Harris breathed new life into an old show as Oscar producers took a more positive tack that paid off. Less snark and more sugar, the show intended to celebrate our love of movies, not just the celebrities who make them. 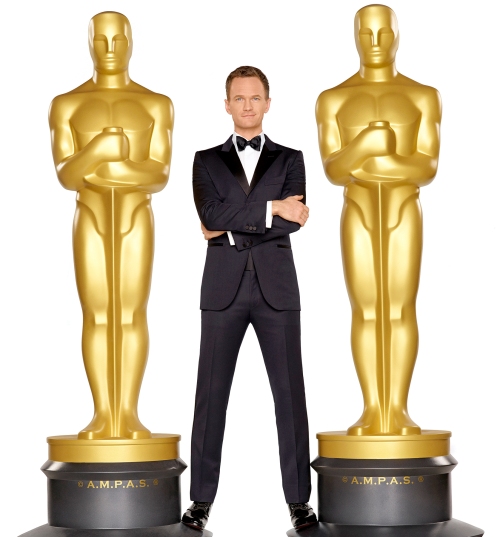 I won’t pretend I’m not a huge NPH fan from his How I Met Your Mother days and I expected him to be lengen (wait for it) dary. (sorry, how could I resist?!)

The opening musical number was well-rehearsed, clever, funny and a love letter to movies, instead of the standard teasing/humiliating stars routine. I loved seeing NPH inserted into movie classics and the Anna Kendrick and Jack Black cameos.

With no less than five costume changes, including three different colored tuxes, he was a compelling and affable steward throughout the show. I loved the bit where he spoofed Birdman and Whiplash and wound up on stage in tight-whiteys.

NOW FOR THE GLAM:

May fav looks of the night….(for pix click here)

Once again, five-time nominee Julianne Moore wins in a white beaded strapless Chanel with black accents with an impeccable fit that complimented her alabaster skin. Her makeup, up-do and diamond earrings were also perfection.  Glad she looked so good the night she finally won!

Many of the best dresses were white, including Lupita N’yongo’s Calvin Klein white beaded sheath with a sexy halter of pearls. She looked like an oyster goddess.

— I wasn’t sure about Reese Witherspoon’s strapless white Tom Ford gown with two black lines, but it grew on me as the night progressed.  It was her typical simple, elegant, modern fare. Not imaginative or risky, but solid, and she gets extra points for being one of the few who let her hair down, despite the rain.

–I was soooo disappointed with Jennifer Aniston’s Globes dress last month but she completely redeemed herself in a gorgeous nude sparkly Versace dress that hugged her body like a Band-Aid. The sleek design had subtle cutouts that showed off her phenomenal body.  Her loose shiny hair completes any outfit.

–Although black is never as exciting as color, if you’re Cate Blanchett you find a deep velvet sheath with rough, frayed edges and a sexy keyhole back, and pair it with a giant turquoise necklace that matches your eyes perfectly… and you pop right off the screen.

–Another exception to “black is boring” was Sienna Miller, who can do no wrong. Her Oscar de la Renta short-sleeved dress with flared peekaboo skirt and velvet bows was sweet and ethereal and different.

–Although I’m not impressed with Dakota Johnson in interviews or for starring in 50 Shades, I was impressed by her YSL one shoulder red dress and diamond jewels. Perfect Oscar fashion: classic and timeless with a nod to old Hollywood but sexy and fresh, with a sassy ponytail.

—Felicity Jones, nominated for best actress for Theory of Everything owned the moment with a gorgeous grey Alexander McQueen ball gown with a hand-sewn beaded bodice and giant satin skirt with classy updo. Channeling Audrey Hepburn, the look was flattering, elegant, regal.

Guys who know how to wear a tux, the tighter, the better: Eddie Redmayne in navy, John Legend in Gucci… and Adam Levine in Armani. Whiplash’s Miles Teller is my new boy crush. Handsome, confident, talented, he spoke intelligently on the carpet like an old pro.

But there were some couture catastrophes….

–Much like how I feel about Gwyneth herself, I couldn’t decide if I loved or hated Paltrow’s pale pink, one-shouldered sheath. It was sexy and flattered her sick Tracy Anderson bod but why oh why did she add the giant organza flower on the shoulder? Too much or avant garde like a Carrie Bradshaw accessory?

—Not sure what the usually best-dressed Nicole Kidman was thinking. She looked like a slimy Rainbow Fish in an iridescent strapless gown with an unexplained red belt.

–-Kerry Washington looked more mother of the bride than belle of the ball in a strapless white dress with dowdy beading.

–Loved David Oyelowo in Selma but he looked like he was missing his pals from the barbershop quartet in is tight red tux.

–I was disturbed by the lack of movement in Melanie Griffith’s face. She couldn’t express her pride and amusement over daughter Dakota Johnson’s new success because she’s spent too much time at the plastic surgeon’s.

—Faith Hill you’re so pretty but your hair’s too short and you and Tim McGraw need to eat a few IN and Out burgers– he looks old and manorexic!

–By far, the best speech was given by John Legend and Common when they won best song for Selma and Common talked about the famous bridge where MLK’s march took place  “This bridge is a symbol for change. Its spirit is built on hope, welded with compassion, sealed by love for all human beings. Selma is now. The struggle for justice is right now. Our voting rights are being compromised,  and our struggle for freedom and justice is happening now.”

–I wanted to stand up and cheer like Meryl Streep and JLo when best supporting actress winner Patricia Arquette used the end of her speech to forcefully demand wage equality and equal rights for women.

–Graham Moore won for best adapted screenplay for The Imitation Game and used part of his moving speech to speak to gay teens who feel hopeless and alone: “When I was 16, I tried to kill myself because I felt weird, different, like I didn’t belong. And now I’m standing here. I’d like this moment to be for that kid out there who feels like she’s weird or different. Stay weird. stay different and then when it’s your turn and you’re standing on this stage, pass that message to the next person who comes along.”

– In her classy acceptance speech for best actress for Still Alice, Julianne Moore said she’s glad the movie has drawn attention to Alzheimer’s Disease, which still has no cure.

—Alejandro G. Inarritu, who wrote and directed Birdman used his best picture acceptance speech to ask for respect for his fellow Mexicans and all immigrants.

–J.K. Simmons made his wife the highlight of his acceptance speech forWhiplash (amazing must-see performance in a disturbing but compelling movie) and told us to call our moms– not text or email– call! Thanks dude.

Most of the musical numbers were sleepy, except best song winner “Glory,” performed by John Legend and Common with a powerful reenactment of the Selma march on stage that had the whole crowd on their feet– many in tears–  by the end.

Lady Gaga beautifully sang a medley of songs from The Sound of Music to commemorate the film’s 50th anniversary.  I admit I sang along and wept nostalgic tears when Julie Andrews came out afterwards to thank her and introduce the nominees for best score.

Idena Menzel and John Travolta acknowledged their unusual connection (he famously butchered her name at the last Oscars) and gave out an award together. But instead of making up for last year’s gaffe, he continued his weird streak by pulling her face too close to his very pulled, rubbery face, and spoke to her in a creepy voice that gave me shivers. Ick.

—Richard Linklater in the Best Director category. I loved Birdman but best picture and screenplay should have been enough. Linklater came up with the concept and executed shooting a beautiful, relatable film about an American family experience over a 12 year period. He should have been recognized.

— Michael Keaton as best actor for Birdman. Eddie Redmayne was wonderful playing ALS-affected genius Stephen Hawking in Theory of Everything, but he’s young and has a long career ahead. Keaton’s an old timer who was great in this movie and may not get another shot at gold.

What were your favorite moments and looks of the night? Tell me in the comments.