It starts in the morning. Aden never wants to get out of bed, and pre-teen hormones and angst have not improved the situation.

I quietly pad into his room and gently sit down next to him on his bed, careful not to get too close. (DON’T POKE THE BEAR!!)

I stroke his still soft cheeks and whisper, “It’s time to wake up….” and then cringe inside. He usually pretends he doesn’t hear me the first time and after several soothing prods, I might get a guttural groan that translates to “GO AWAY!”

Always wary with a hint of a smile

I’m not allowed to turn on the light or open the shades. I can’t say too much, and God forbid I ask what he wants for breakfast or lunch. It’s a delicate dance on eggshells each day.

He takes his sweet time to get ready– like, longer than Sofia Vergara on her wedding day, with the same attention to his hair — and often screams downstairs at me if one of the only two pairs of sweatpants he deems worthy, is dirty.

There are no smiles, just snarls and eye rolls galore as he rushes through his cereal (Life with carefully sliced strawberries,)  grabs his backpack and slams the door behind him.

Despite kind requests, pleading, scolding, and groundings he often doesn’t text me when he gets out of school, lingering in town with friends, and making me worry. When he strolls in and I ask him about homework, he hisses at me “I did it already!” or  “I don’t have any!” If I dare follow up with a question on what he did have, he throws his head back in disgust.

Not totally sure of the subtext. Could be “Leave me the hell alone,” “Why do you care?” or “”It’s none of your damn business lady!”

What I do know is that every word out of my mouth is the most annoying  ever uttered in the history of parenthood. I am useless, irritating and an obstacle he must remove to get to his room, where he will slam the door (once so hard the knob fell off and remains broken.) 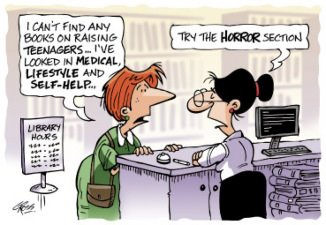 He lies on his bed staring at his phone– participating in a group chat, spying on friends on Instagram or obsessively playing his STOP app.

But wow is he hard to live with sometimes.

12 seems to be the worst age because they’re certain they know everything, but the one thing they know nothing about is themselves. How they appear and sound to people who aren’t 12 seems  inconsequential. Every thought they have is the most important and must be expressed, no matter how nasty it is.

Sometimes he likes me

Of course Jacob went through this too. I went back to the blog archives and found this excerpt from when Jacob turned 13…. sounds very familiar…..

Jacob has slipped into the inevitable yet loathsome phase of believing that every member of his family is a dunce. He barely listens to our conversations, unless they’re about him– because we are clearly not worth his time. When he does grab a detail he deems worthy of his attention, if he doesn’t approve, he snarls his lip, squints his eyes, and cocks his head.

He stares incredulously with contempt and I can only think he’s wondering how he could be related to people so moronic. When we tell him to do something– anything, really– from flipping a light switch to completing a term paper– he sighs loudly and shrugs so deeply I’m surprised he hasn’t injured his shoulders. We’re such a burden, I don’t know how he tolerates us.

So yes, it’s a phase they all go through. But Aden has always been more moody and internal so he’s teenish times ten, and his contempt for me (and poor Eli, his other target) seems more visceral and intense.

But what choice does a mother have but to bite her tongue to resist the temptation to put him in his place…. and maybe even laugh at his remarkably consistent overreactions to anything that offends his fragile sensibility.

Some day– sooner than I think or want to admit– I’ll wish I had a 12-year-old home to frustrate me. So I’ll tiptoe into his room again tomorrow, and be happy he’s still waiting for me under the covers.