I used to get excited about Halloween.

We’d go to the pumpkin patch in search of the best gourds to carve, then toast pumpkin seeds and ghost the neighbors with fun treats and spooky poems.

Now it’s just about the candy. 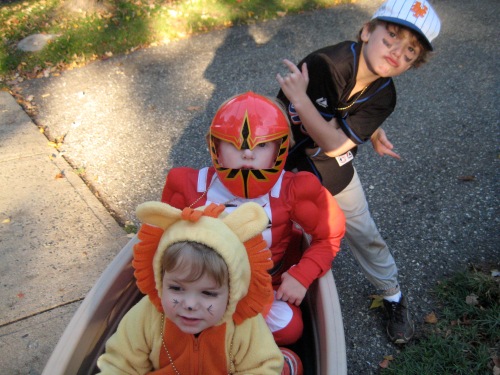 When my boys were little we’d study the costume catalogs and pick some classics… or try to come up with clever, original outfits for them. 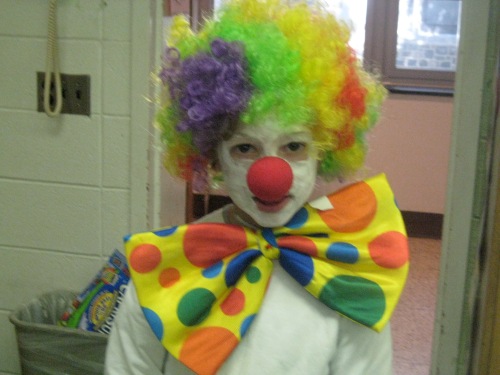 That lasted a few years, but about 5 years ago, my older two– Jacob and Aden– started to turn on me.

They were so over Halloween and didn’t want to dress up. 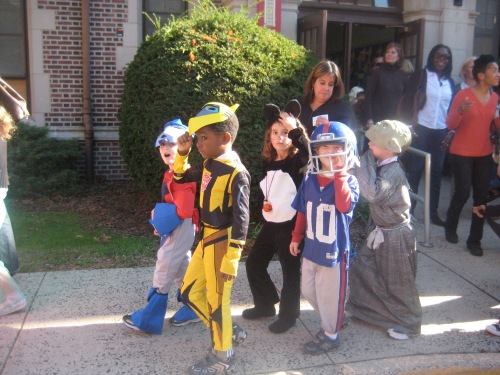 Aden was so stubborn one year, he refused to bring a costume to school for the annual parade and preferred to sit in the library with the abstaining religious kids instead of holiday marching. 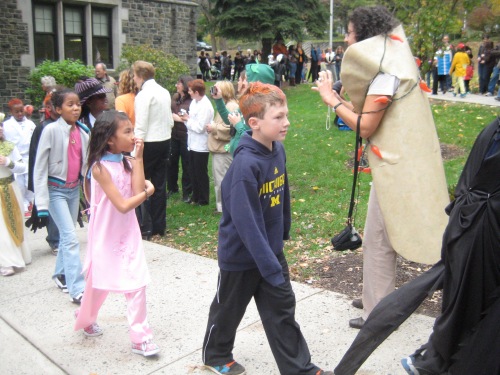 The downward spiral of lame begins. Orange hair as costume.

They do the absolute minimum to dress up, because I made it clear they may not trick-or-treat without a costume. No dressy, no Hershey!

For the last few years, at least one of them has been a superhero (store-bought)… 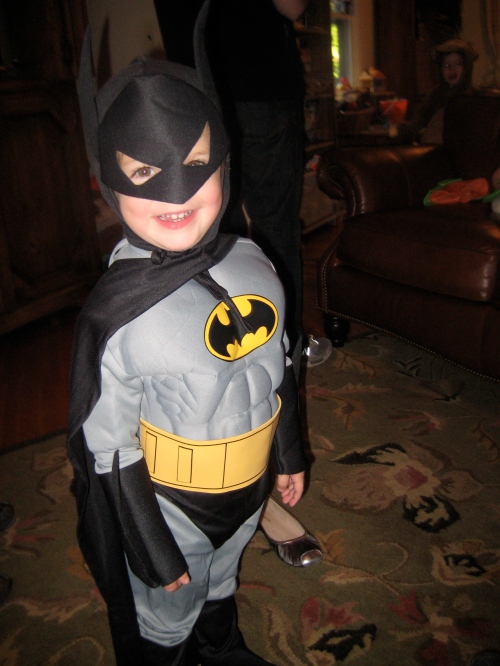 ….or a sports player– hardly a stretch as they wear football jerseys and sweatpants to school every day anyway. They put on a helmet and feel candy-ready. 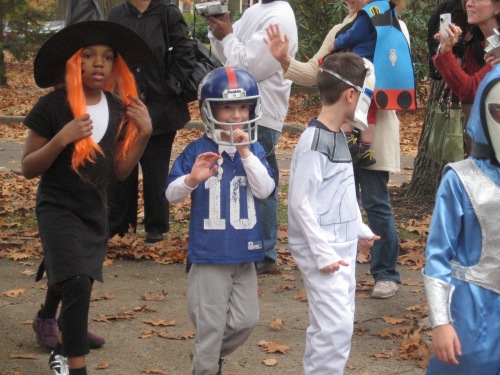 Other years, they’ve dressed as a robber: all black clothes and a black ski hat. 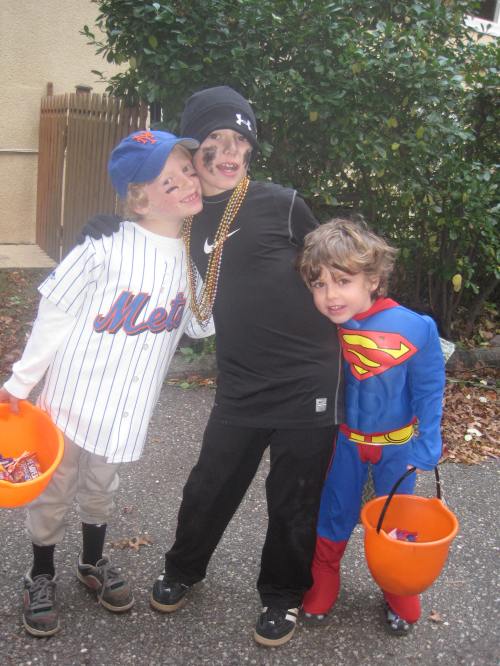 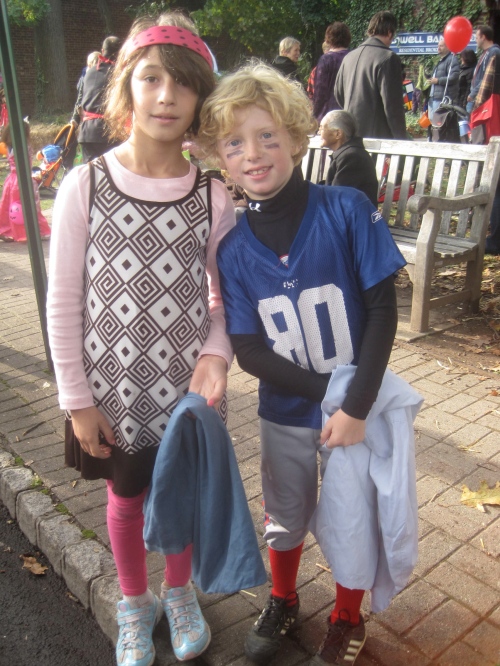 Aden’s friend Mac had the gumption to dress as a girl. But Aden stayed safe in 2011.

I would not call this sperm-like costume inventive, just creepy. 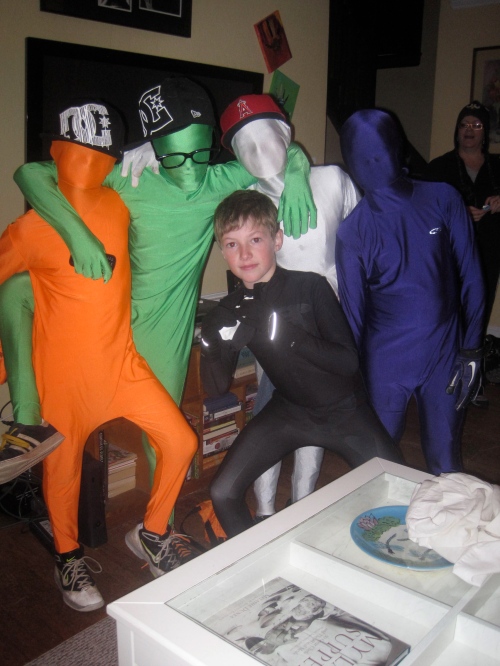 J and pals’ not exactly inspired costume in 2011.

One year, when he wasn’t a superhero or ninja, Eli indulged me as Justin Bieber. He was perfect and I was thrilled!! 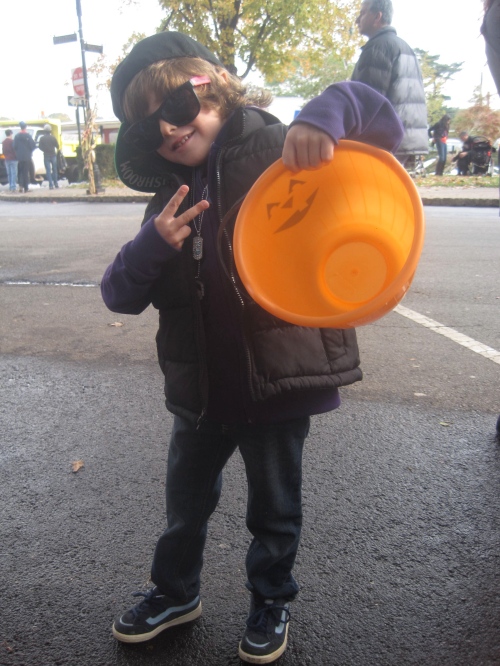 I’d have to coast on that because the following year was Superstorm Sandy. Halloween was all messed up and somehow I have no photos of it. I’m sure my kids used the storm as an excuse not to dress up and I was so wiped out from freezing my tush off with no heat and wandering around looking for a recharge with no power that I let them trick-or-treat in street clothes. Heathens! 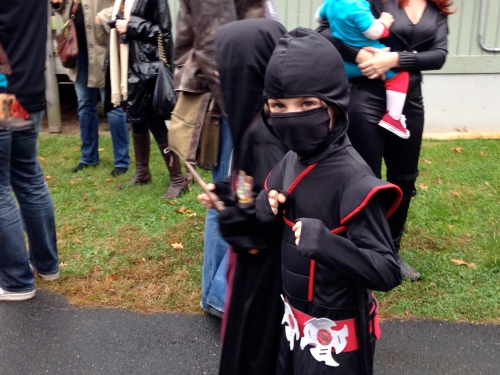 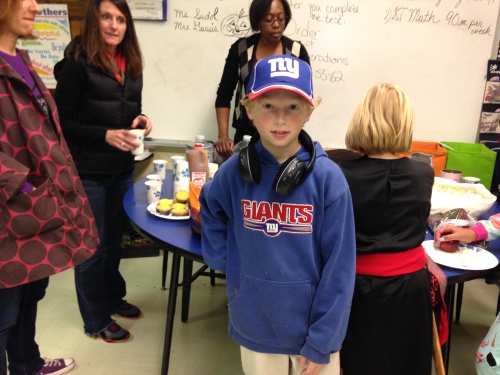 This week, I’ve been impressed and incredibly jealous of friends posting pics of their kids in homemade, creative costumes. 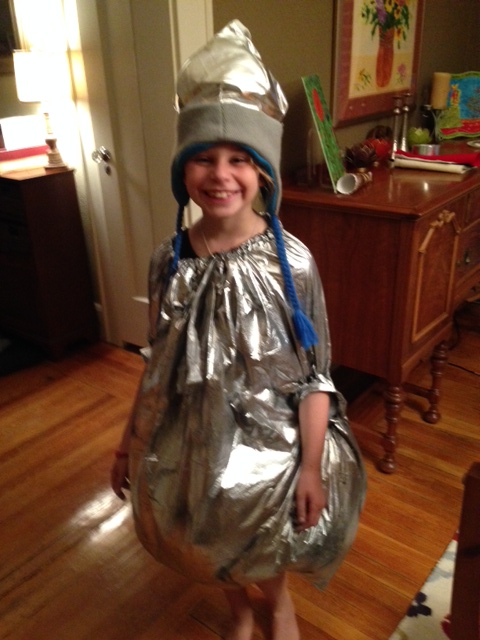 How adorable is this homemade Hershey kiss? Great job Carly!

I try to suggest some original costumes every year and get shut down faster than Aden can gobble a Reeses peanut butter cup. 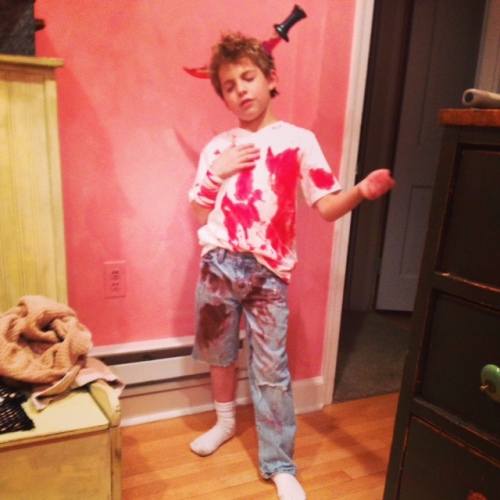 My friend, Amy’s kids love to be pop culture personalities. This year her son’s dressing up as Pharrell. And how cool is this? 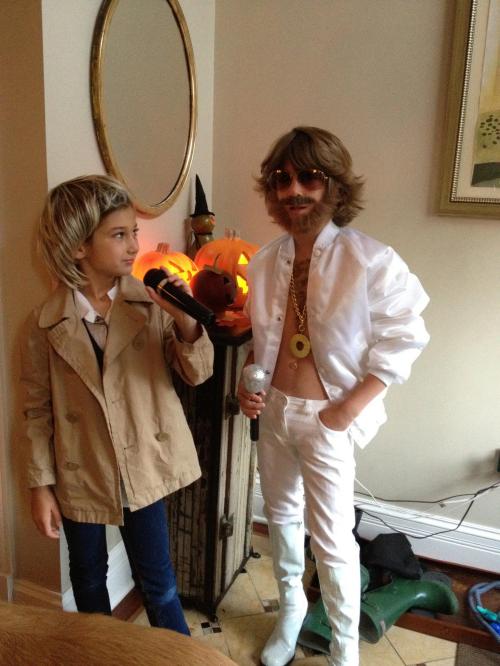 This year Aden is dressing as a robber and Eli will be soccer star Cristian Ronaldo. As of now, Jacob has no costume.

Sometimes in parenthood, you just have to lower expectations. At least this year Halloween falls on a Friday, so I’ll be nursing my disappointment with a glass of wine and several Baby Ruth minis.

Post your favorite costume pix in the comments. Happy Halloween!

3 responses to “My Halloween scrooges”