Summer of the rainbow loom

In July I had lunch with some friends who were talking about what gifts to bring their daughters for visiting day at sleep away camp. I was only half-listening– because I have sons who don’t go to sleep away camp– but they mentioned something about a Rainbow Loom.

Then one day my 7-year-old came home with a wrist full of rainbow rubber. Some girls on his day camp bus were madly making these bracelets and all he had to do was request a few colors and the next day, another one would appear on his arm. 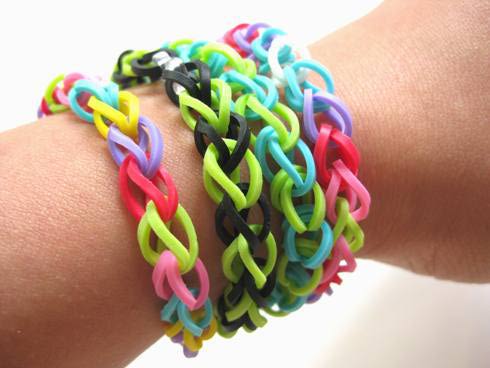 I started to spot the loom-lets everywhere. Boys and girls of every age, moms, dads, even some guy sweating in front of me in yoga class.

I always wonder how that happens so quickly. I remember the Silly Bandz craze a few years ago, but the Rainbow Loom takes it a step further because instead of just buying and collecting, kids create them. The small, plastic loom comes in a kit with a crochet hook and hundreds of tiny, colored rubber bands, that you somehow weave into accessories. 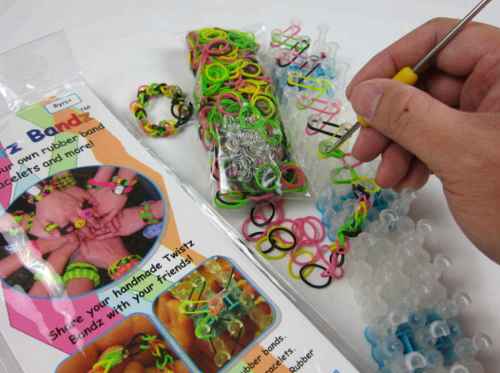 The product is the brainchild of Michigan inventor Choon Ng, who created the Rainbow Loom in his basement as a family project with his two daughters, Teresa, 15, and Michelle, 12, and his wife, Fen Chan.

They started selling it locally about a year ago, but when national giant Michael’s craft store picked it up, the kit took off. The looms and rubber band refills have been bouncing off the shelves, often requiring Michael’s and other toy stores to put customers on waiting lists.

Tutorials have popped up on YouTube to guide loomers to create different patterns like starbursts, fishtails, zigzags, rain drops, and diamonds. Crafty friends say looming is fun and can even be meditative.

I love a trend that’s genderless and ageless.  7-year-old Eli has a birthday coming up and he wants his own loom. He’s excited to create bracelets with the colors of all his favorite sports teams.

That’s as close to crafty as we’re gonna get.

Have you or your kids caught the looming bug? Tell me in the comments.

4 responses to “Summer of the rainbow loom”