Is there anything better than seeing your child light up when he talks about learning?

I was elated when my 10-year-old son, Aden, came home raving about a project at school.  He and fellow 4th graders participated in a 2-week artist-in-residence program called “SpiriTree,” that combines art with literature, culminating in a performance on the last day.

Artists Marco Giammetti and Carol Hendrickson worked with students at Aden’s school for two weeks, meeting with each class separately. 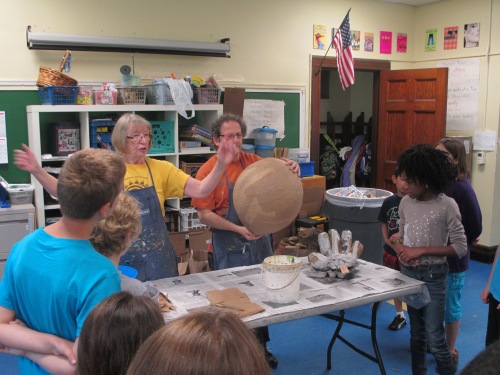 The goal of the program is to choose a theme that coincides with the language arts curriculum, and tell a story with giant paper mache puppets, created by the kids. Other themes have included mythology, the Renaissance, and people with challenges.  This year the students read and recreated the story of Homer’s The Odyssey.

In the first week, the kids got dirty pasting, crafting, and painting the main characters of the story into paper mache puppets. 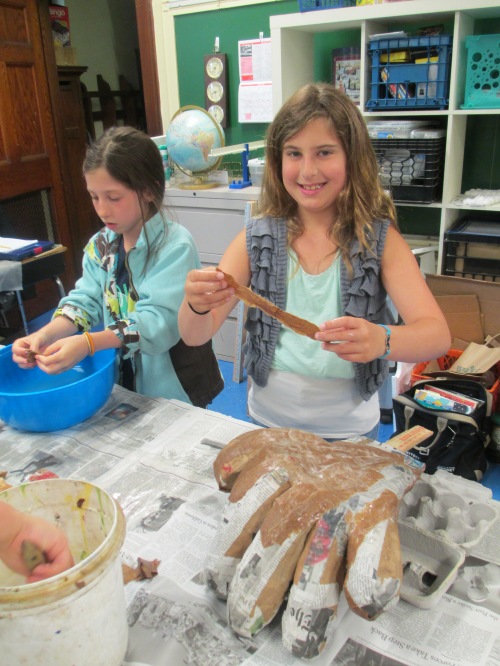 I volunteered to help and it was amazing to watch the figures morph from crumpled newspapers and masking tape to enchanting works of art. 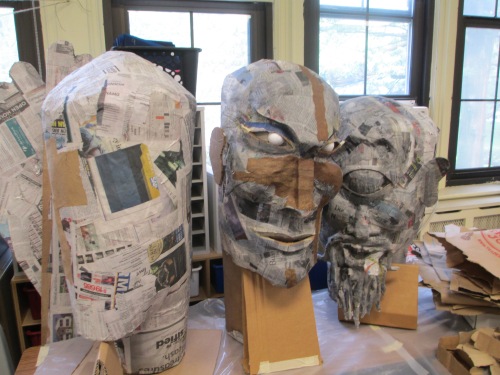 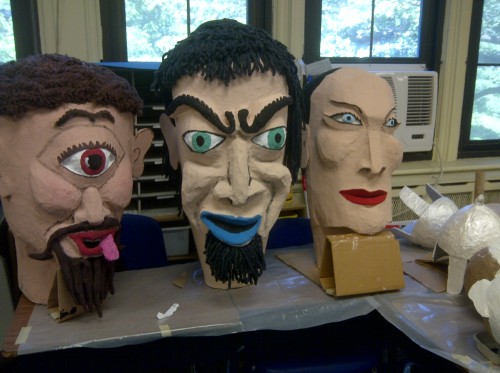 I was impressed by the attention to detail on the puppets and props. As they worked on each piece, they learned about what it was like  to travel, eat, dress, and communicate in Odysseus’ time. 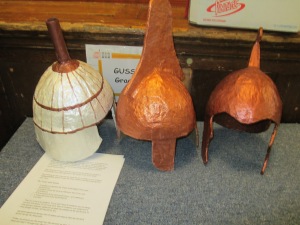 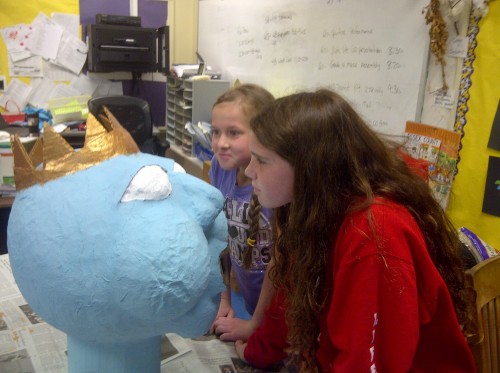 The kids and the artists worked with teachers in the second week to write a script to relay the story of the ancient Greek tale, with both human and puppet performers.

Each student had a part in the show, which they put on for parents and fellow students at the end. 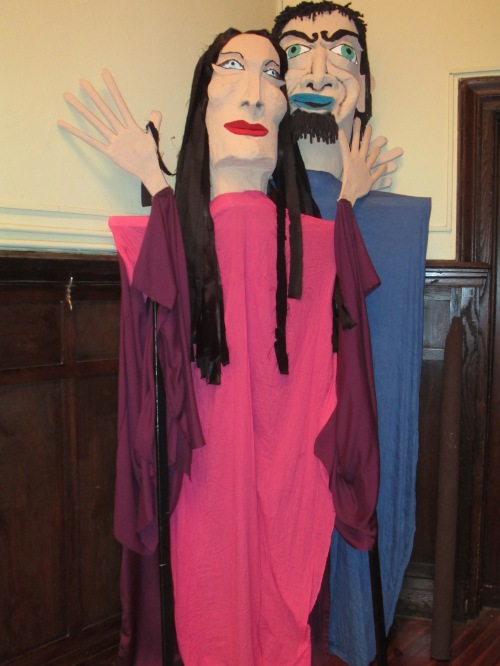 The show was terrific, and an impressive feat considering they had less than a week to put it together. Narrators read the script while other kids acted out the parts or worked the giant puppets. 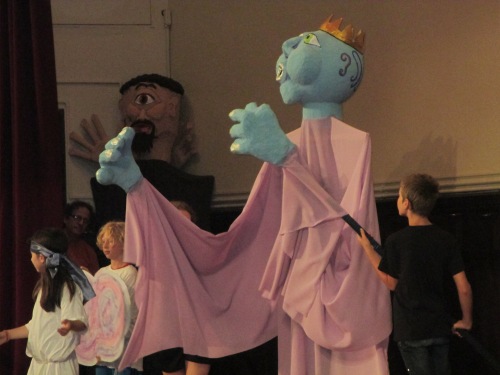 I’m sure the story of Odysseus is imprinted in their minds after immersing themselves in such a creative way. 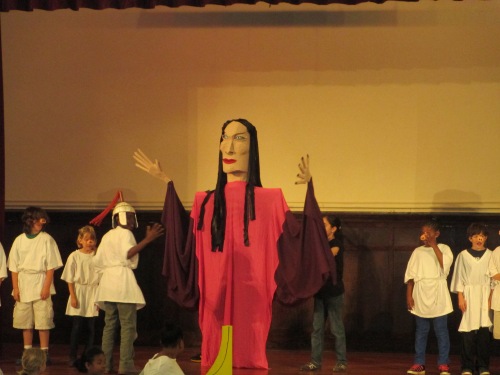 The teachers said the students were engaged throughout the process and it was clear from the show, that they all took pride in their part. 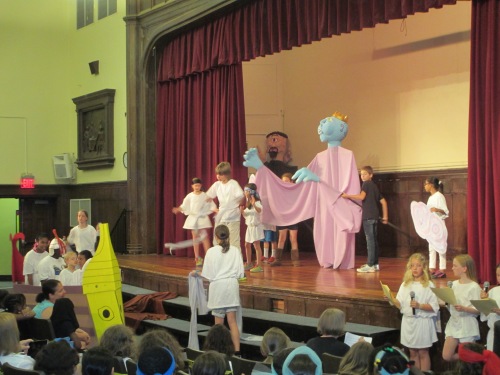 The”SpiriTree” program is not cheap, but our school’s PTA board sets aside money in the annual budget for this and other cultural arts experiences that add an important dimension to students’ education. Steep budget cuts often put the onus on parents to find innovative ways to enrich our kids education, despite shrinking resources.

So keep buying those raffle tickets and attending those fundraisers! I say they’re worth every penny.

One response to “An epic school program”