How love bloomed for me and Wilson

On this Valentine’s Day I thought I would  share the story of how Wilson and I fell in love.

My parents met while studying abroad in Italy during their junior year in college. After hearing their love fairytale all my life, I went on the same program when I was in college, and secretly hoped I would find my mate.

I didn’t work out as conveniently as I imagined. I was boy-crazy throughout my semester in Florence, but never met my future husband.

Wilson likes to say we met on a blind date but actually it was only visually impaired, because we had met briefly twice before.The first time we met, neither of us remember, but we were both at the rehearsal dinner and wedding of our friends, Matt and Julie in 1993. The dinner was small and we had friends in common so we must have been introduced, but neither of us can recall it.

The next time we met, it was fall of 1995.  I was living in Manhattan with my  friend, Justine.

I was on a date with a guy named Barry who really wasn’t all that. Barry and I went to a movie and ran into Julie, Matt, and Wilson. Julie pulled Wilson aside and said she wanted to set me up with him. He told her that was weird because I was on a date. “She’s not having a good time,” Julie insisted.

Three months later, Wilson called and asked me out. Back then, I was working the late shift at ABC News so I couldn’t go out until 10pm. Our first date was at a cool bar on the Upper West Side called Phoebe’s (I believe it’s gone now.)  ABC had a two-story escalator in its lobby so when Wilson met me,  I remember checking him out below, as I stood at the top of the moving steps.

He had glasses (he’s since gotten Lasik surgery) and was wearing a horrible green sweater vest, but he was still cute.

Luckily, his personality eclipsed his fashion choice and I don’t think I ever saw him wear the vest again. But the date was great and we talked for several hours and had a lot in common. He called me the next day and asked me out again, which was very exciting because– back before cell phones, texting, and social media–  sometimes a girl waited days before a guy would call and you wondered if he’d fallen into a ditch.

On our second date, he took me to a bar downtown called Chicago Blues–  a charming choice since I’m from Chicago– where we had many drinks and made out in the back room. When he took me home, he asked me out for the next evening. No games. I liked that.

But the next day a blizzard hit New York, dumping 4 feet of snow and virtually shutting down the city. I was having fun with Wilson and wanted to see him again– snow be damned. We spoke on the phone and I challenged him to walk all the way across town in a blinding storm to meet me at the movies, like we had planned. He must have already liked me because he actually did it.

After the movies we walked back to my apartment where Justine was having a bottle of wine with her then boyfriend  (now husband and dad of their 3 kids) Chris. We joined them and stayed up late talking.

Justine says she knew that night that Wilson was the one. 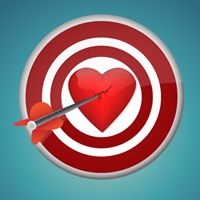 We were pretty inseparable for the next year and got engaged in 1997 and married in 1998. This year is our 15th anniversary and I still love the big lug.

I knew when I met him that he was smart, sweet, reliable, and valued family and friends. All that’s still true but now I know he’s an amazing father and patient, forgiving, supportive partner. Believe it or not, I’m not always easy to live with!

As far as fate goes, while I never met my husband in Italy, I did meet my friend, Julie, on the first day of the trip and she eventually introduced me to Wilson.

Sometimes you just have to trust your path and hope that love will find you when you’re ready.  Happy Valentine’s Day Wilson!    xoxo

10 responses to “How love bloomed for me and Wilson”