That’s right, I’m still watching Idol. I’ve been a fan since the beginning and I’m sticking with it– at least as long as Ryan’s still hosting.

I know some of you have grown weary of the frequently changing faces at the judge’s table– but I say variety is the spice of life. You fair-weather fans say it’s boring and played out. By definition, reality TV can’t be routine. Each season brings new personalities, challenges, and talent.  Some say it’s old news and have moved on to copycats like “The Voice,” and “X-Factor.” I’ve tried those other shows. I just can’t stick with them. 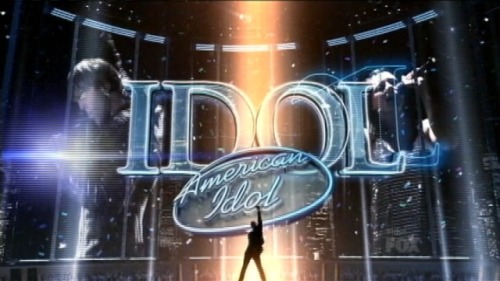 Idol is a classic– the gold standard of music reality shows– still making dreams come true. It’s like an old cashmere sweater hiding at the back of my closet. Every January when it’s cold and dark, it’s there waiting for me. You know what? It’s cozy and comfortable, and still fits.

Even if you’ve given up,  you know you’re still curious. That’s what I’m good for, kids. Here’s the lowdown….

Auditions:  Auditions are my least favorite part of the season but they’ve figured out how to pick up the pace and make them worth watching. The producers seem to be highlighting more girls than boys this year. One new thing: nominations. Randy Jackson walked into a high school student’s class to ask her to audition on the recommendation of her aunt, who said her niece was too shy to try out. An entertaining twist–although it sucked the drama out of her audition. If producers vetted  the girl, she was presumably  ready for Hollywood. But I like that they’re trying new things and adding to the personal stories– which is the best part of the show.

And even after 11 years, they still know how to tell a sappy story that makes me cry. The girl who lost 40% of her hearing and croons like a champ, the boy who has a severe stuttering problem except when he sings, and the guy whose grandfather died right before his inspired audition all turned me to mush.

Mariah Carey– Let’s be honest. Anything is gonna be a letdown after JLo. Mariah just can’t compete with JLo’s clothes, skin, hair… and her easy, supportive way with the contestants. So far, Mariah seems sedated. She’s sweet with the kids and seems genuinely moved at times but there’s no oomph. At all.  I’ve yet to see one diva outfit or moment, but I haven’t seen much personality either– even when bickering with Nicki. I’m still waiting Mariah…

Nicki Minaj- On the other end of the spectrum is Ms. Nicki the rapper. She shows up with cotton candy hair, Cher wigs, crazy makeup and costumes and gives every contestant a goofy nickname, just for kicks. Her talent comments are  limited but her personal comments are kooky and seem aimed only at grabbing attention. She can be argumentative for no reason and has stormed off set at least once in a huff about nothing. Is the whole act fabricated for buzz and ratings? I’m not sure, but I’m not buying it.

Keith Urban- The Aussie country star is the most intelligent judge and takes his job seriously. He knows music and has the most useful constructive criticism and praise to offer contestants, although he talks about tone a bit too much. He doesn’t seem to buy into the cat fighting that goes on between Mariah and Nicki, but he’s too nice to tell them to shut up. I like it when he casually mentions wife Nicole Kidman and often wonder if he knows the extent of Tom Cruise’s craziness.

Randy Jackson- This old dawg has gotten mean. He has taken over the Simon role of breaking hearts and dashing dreams but he lacks Simon’s dastardly charm.  He’s the senior senator here and a producer who’s worked with Mariah, so he should be refereeing the spats and taking control, instead of mailing it in.

The Contenders:  Last year I saw Philip Phillips sing his own funky acoustic version of  “Billy Jean” and I knew he was going to win. So far, I  haven’t seen any contestants that knocked me out like that.  Some of the raw talent is amazing– as in recent  years– and there are several singers who have the “whole package” and will go far in the competition.  Two standouts include Ashlee Feliciano– who is beautiful, sweet and has great tone…plus the bonus of coming from a family that adopts special needs kids.  I also liked Sarah Restuccio, who is very pretty and poised, and can belt. There is also a guy from New Orleans whose family lost everything in Katrina who has a powerful voice. But everything can change in Hollywood.

Ryan Seacrest rocks: Not only did he make a gazillion dollars in his last Idol contract, but clearly Ryan has thrown his weight around because he is front and center in every promo and poster and his face looms all over the Idol  website. But I say he’s worth it. He’s cool, but not too cool. He’s sweet and homey with family and friends of contestants, but not annoying. He asks good questions and knows music and TV. He’s a media mogul who acts like a regular guy. He’s the heart of the show for me.