Give HBO’s Girls a Whirl 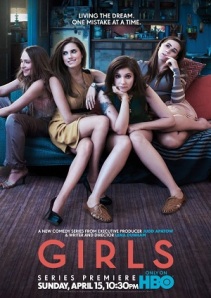 I had two reactions when I watched the pilot for the new HBO show, “Girls,” last night. One was deep and instant love: the writing, the characters, the New York City backdrop, and the edgy approach.

But I also hated myself for not being as talented or as young as creator, director, writer, executive producer, and actress Lena Dunham. Oh to be 24 and have the creativity, confidence, and discipline to write about how confusing it is to be 24.

Dunham wrote an indie movie called “Tiny Furniture” (now on my must-see list) that was well-received and caught the attention of Judd Apatow, who is also an executive producer of “Girls.” When Apatow heard she was talking to HBO about a show on young girls navigating friendship, work, and sex in New York, he got on board. 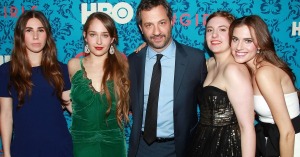 Many have compared the half-hour comedy to “Sex and the City,” and I love how “Girls” embraces the comparison and pays homage with a reference in the first episode to which character is a “Charlotte” and which is a “Carrie.” There’s also a scene at the end of the pilot where Dunham’s character, Hannah, walks down a Manhattan street and fades into the crowd, similar to the opening sequence of “SATC.”

The show has received a lot of attention in a few short weeks, some praising its unique voice and some critical of its narrow characters and lack of diversity. There has also been buzz because all the actresses are children of the famous. Dunham’s mother is an artist, while Allison Williams is the daughter of NBC news anchor Brian Williams, Zosia Mamet is the daughter of actress Lindsay Crause and writer David Mamet, and Jemimia Kirke is the daughter of Bad Company drummer Simon Kirke.

I could care less who their parents are as long as they keep up the realistic dialogue that makes me laugh and remember the uncertainty, fear, and self absorbancy that marked my 20’s in New York.

Keep it coming Girls. I’m in.

4 responses to “Give HBO’s Girls a Whirl”