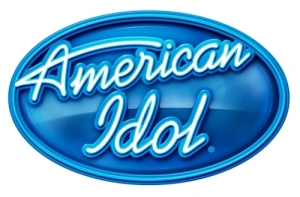 Ok kids, time for my “Idol” predictions.  Some say this season has been boring but I say, “Quit your whining!” “Idol” is one of the few shows I can watch with my boys and for that alone I love it.

After ten years, I find “Idol“ comforting– like eating a big bowl of mac and cheese– although maybe you have a little bit of the same regret afterwards.  Plus, I can’t take my eyes off JLo. I was never a huge fan—she seemed like a diva who craved the spotlight and made questionable personal life decisions.

But then she got married for real, had kids, and a bunch of her rom-com movies tanked and she was humbled. Now she seems to have a new appreciation for all the attention she’s getting, which makes me like her more. She seems comfortable in her own skin and has a lot of heart. And how can you deny that she’s impossibly gorgeous? I can’t wait to see what she’ll do with her hair, makeup, and wardrobe. I might not always share her taste, but she makes it work. She makes 40+ look good. And unlike other judges—like Kara and even Randy at times– she seems to really enjoy her role in the show and watching the kids bloom.

This season I had some favorites early on. I told my kids that Phil Phillips was going to make it to the Top 10 after that crazy cool version of “Thriller” he offered up during his audition.  I have never purchased an “Idol” album or song on iTunes, but I just may buy his take on Stevie Wonder’s “Superstition.” He is amazingly talented and completely unaffected.  He must be frustrating the wardrobe staff, but I love how he performs in jeans and a long-underwear shirt every week and no one notices or cares. (It’ll be funny to see what style guru Tommy Hilfiger does with him.)

I also love me some Skylar Laine. I’m not a huge country fan but she has spunk and pipes and her performances are never boring.  Despite some talent, forgettable contestants include Deandre Brackensick  (the curls and falsetto don’t impress me,) Erika Van Pelt (meh,) and Elise Testone, who has a rich voice but always looks like her cat just died. Have some fun up there girl! 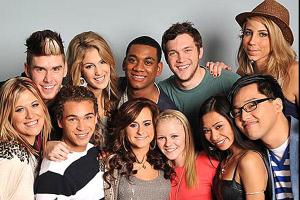 Completely themselves and fun to watch:  Colton Dixon and Heejun Han.  I don’t really care if every note is right if they are great performers, whether jumping on pianos or making me laugh.

As for pure musical talent, voices that stir me inside and give me the “goosies” as JLo says, I look to Jessica Sanchez, Hollie Cavanagh, and Joshua Ledet.  None of them look like they could open their mouths and have such power and grace come out, but all three have been pretty consistent each week.

My Idol predictions:  In the next few weeks we’ll lose Elise, Erika, and hopefully Deandre…soon to be followed by Heejun. Then it will get dicey and anyone could go but I’m going to say Phil, Colton, Jessica, and Joshua will be in the top four.  A great finale would be Phil vs. Jessica but I’ll have to weigh in again on the finale after a few more weeks.  And you know I will!

One response to “Idol Predictions for Top 10”