Have I mentioned I’m not good with change? The week of moving on

This past week was a lot.

For any parent it might have been a lot, but for a weepy, sentimental lady who doesn’t like change or getting old, it was a bit much.

On Tuesday, my sweet little baby boy Eli “moved on” from 5th grade to middle school, and more significantly, said goodbye to Jefferson School for the last time.

I’ve had a kid at Jefferson every first day of school, Halloween parade, and field day for the last nine years. I like tradition. I like continuity.

It was a touching ceremony where they sang Andra Day’s “Rise Up” and Imagine Dragons’ “On Top of the World,” and named all their favorite parts of their years in grammar school– from class trips to funny teachers to making friends. I tried to bite my lip so I wouldn’t go from tearing to sobbing and make a scene.

On the last day of school at Jefferson, the whole school and parents gather on the lawn in the warm sunshine and clap out the 5th graders as they make their last exit. 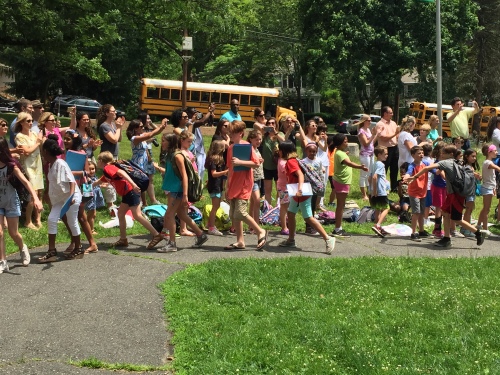 Eli and his pals were giddy — school is over after all and they can taste the freedom of summer. 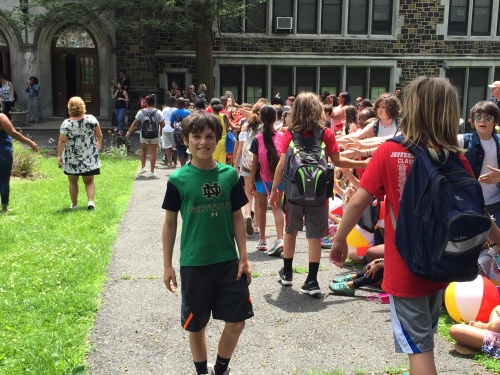 I held it together to take some pictures but then when I went to say goodbye to the principal I couldn’t finish my sentence through my splashy tears. She cocked her head to one side and touched my arm and in her most endearing grammar school teacher voice told me we have to let the kids grow up and move on because that’s what they’re supposed to do.

It was embarrassing and comforting all at once.

Three grandparents and a cousin came into town for all the festivities. The next day, we crammed into the steamy middle school gym to watch Aden graduate from eighth grade. He is not a fan of school so he couldn’t wait to be done.

I’m less attached to the middle school, and Aden doesn’t talk to us much in his typical teen way, so I was not as emotional as pensive about how fast it’s all going. 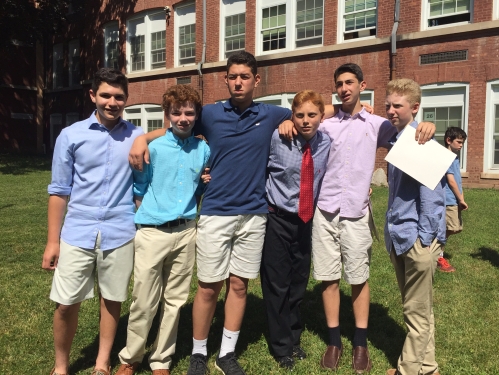 Three years ago we were there for Jacob and now he’s going to be a senior in high school next year. And I can’t do anything about it! If I think about it for too long and start imagining the future: prom, college, one gone, two gone, an empty nest– I get a little woozy. 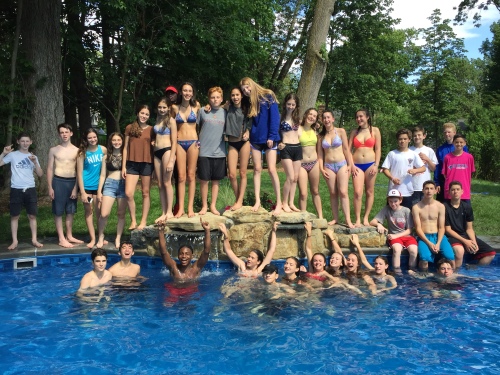 The week was filled with kids parties, which gave me an excuse to drink a lot of wine, which may have been the best antidote to the moving on blues.

Then to top it off– and just to mess with me–  Jacob took his driving test and got his license on Friday. 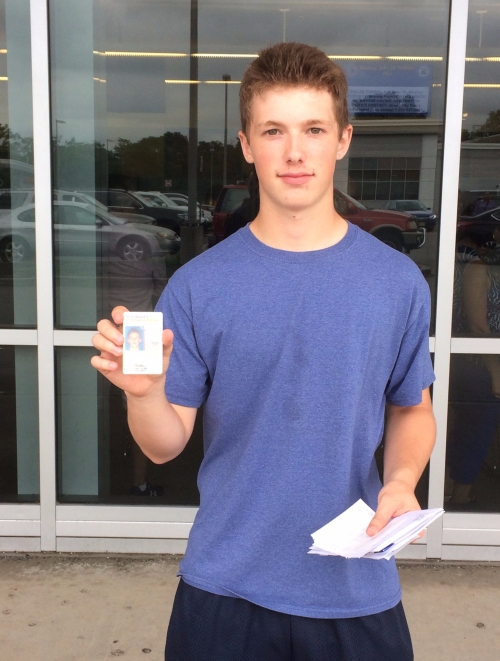 But I know these are all wonderful milestones and I am happy for and proud of my kids. A friend reminded me that I wrote a similar blog three years ago during this same week.  I didn’t read it until after I wrote this one and I admit, they have some strong similarities. Well, at least I’m consistent!

In one of the many speeches I heard this week, someone quoted Dr. Suess: “Don’t cry because it’s over, smile because it happened.”

Oh the places they’ll go. I can’t wait to see what happens next.

This entry was posted in Uncategorized. Bookmark the permalink.

4 responses to “Have I mentioned I’m not good with change? The week of moving on”